Atomicus has over 20 years of experience in analytical data visualization, and we’ve implemented all of the best practices we’ve learned into our AtomicusChart® control.

We are very accurate with all redundant processing, so calculations such as updates to camera parameter, data bounds, and video memory occur automatically and only the minimum number of times. The same is true for scene rendering.

Here’s a very simple example of this approach:

A change of that sphere object property will cause a series of automatic updates: a video memory update, global scene bounds updates, and a final image repaint. Now let’s consider the next code example, which is a fairly typical use of the control:

AtomicusChart® also helps avoid additional video memory buffer updates. We introduce public transformation matrices for each render data, enabling the user to change data presentation parameters without additional memory movements. Rich vertices and matrices math is already included in AtomicusChart®, so it becomes very easy to work with. All chart data interaction is based on matrices; data movement/rotation/scale is just an adaptation of the data transformation matrix, which is a nearly instant operation. Many interactive AtomicusChart® tools work in the same way.

Transformation matrices are good for interactive objects, but AtomicusChart® goes even further than that. A typical visualization task may be to display a complex scene with hundreds of repeating geometries. You might have a custom object such as a sphere that you want to display multiple times with different parameters. The most common solution is as follows:


But in AtomicusChart®, this can be performed in the following way:


All shapes have the same reference to a single mesh object; and for our chart, that means that only one object and 100 transformation matrices will be created in the video memory. This leads to high video memory saving and extremely fast data initialization type. This approach is even more relevant for large data that you would like to display using different rendering techniques. The same geometry object can be used for several raster data, and a single volumetric data array can be used for different visualizations, such as sections, maximum intensity projection, minimum intensity projection, ray casting, iso levels, and so on.

For simple geometry objects where the vertex count is lower than the number of GPU cores, performance has a known rendering issue. For example, 10,000 cubes can cause very poor performance. The most popular approach is to concatenate cube geometries into single geometry. This solution will significantly improve rendering performance, but not initialization performance. For such cases, AtomicusChart® provides special data types called collections. This approach presupposes the use of single video memory buffering containing vertices from one item only and performance on the level of concatenated geometry. Both initialization and rendering performance time are great in collections. It’s a basic type that should be used for complex crystal structures that display a large amount of similar geometries. Also, users are able to change properties for the whole collection, and such items are displayed as a single item in the chart legend.

Performance and memory consumption don’t change when data is displayed in a single chart window or in a separate one. All GPU memory-sharing features apply to the entire application. The same data displayed in 10 charts does not require any additional GPU memory. Users can create different views for the same data in different projection and chart modes, using different techniques simultaneously without additional initialization time and video memory consumption. 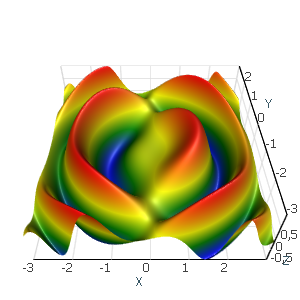 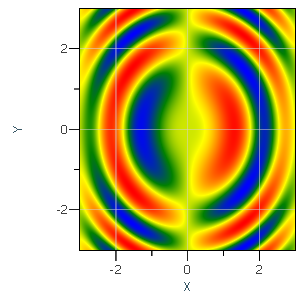 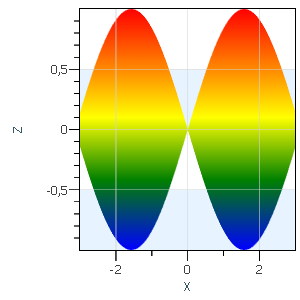 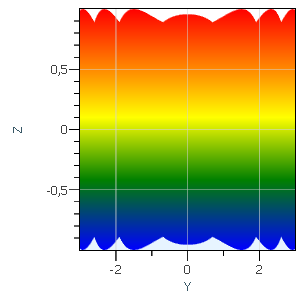 It’s easy to convert any other formats to these in just a few lines of code. However, that would be a bad idea for large data. Behind these lines of code are highly resource-consuming operations such as large memory allocations, LOH objects creation, and memory fragmentation. That’s why AtomicusChart® uses the DataReaders concept. Our render data types use simple DataReaders that are universal input format converters. Using DataReaders, users are able to reduce allocations to one slice, row, or element, and can even use pointers to memory as an option. No internal chart storage is used; data from the reader is directly transmitted into video memory.

The DataReaders approach enables us to avoid redundant memory allocations; and in order to continue that concept, we moved all AtomicusChart® data processing to the GPU side. That’s why we use GPU Compute as much as possible: for data bounds calculations, GPU data scaling, GPU coloring for the axis value, and so on.

The approaches described above are AtomicusChart’s® core data features. Concrete data types also have a set of interesting solutions. The AtomicusChart® development team is focused on all performance points and always tracks all memory allocations and movements. Our team already has AtomicusChart®-based solutions for data that is close to the limits of modern hardware in size.